10 Health Benefits Of Coriander Seeds That Are Seriously Impressive 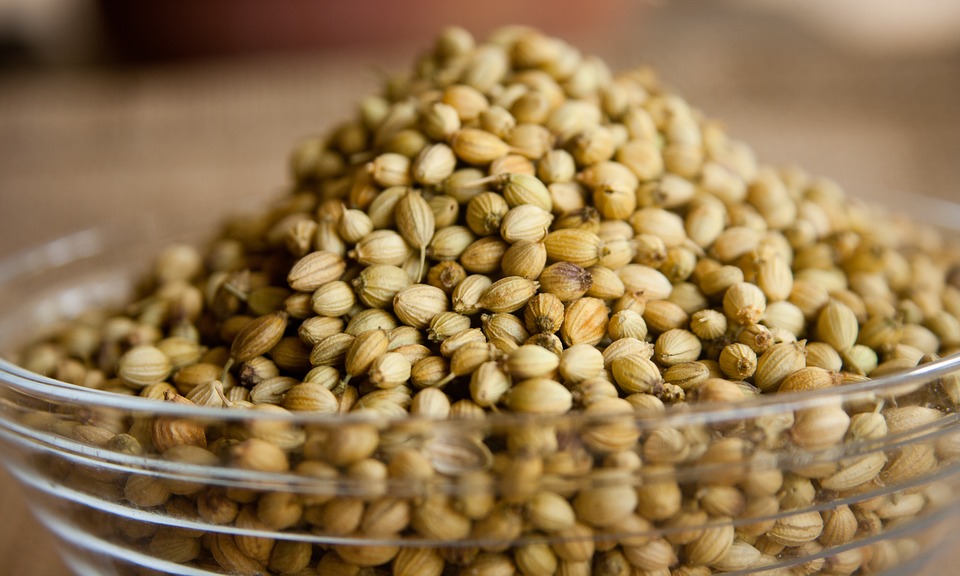 Coriander is an aromatic herb that is a member of the parsley (Apiaceae) family. As one of the oldest spices, it has naturally evolved and cultivated since ancient times in vast parts of the world. Coriander has been an important ingredient within many traditional medicines. Its health properties have been linked to alleviating numerous ailments including bacterial infections, regulating blood sugar, clearing up skin conditions while enhancing digestive process. In this article, we’ll take a closer look at some of coriander’s health benefits.

Coriander is a fragrant flowering herb well known since ancient times in vast parts of the world from the Mediterranean basin to India and China. Both its dried fruits and the fresh leaves with the stem known as coriander and cilantro, respectively, are used for culinary and medicinal purposes. Even the culinary applications have a medicinal background. They were originally designed to balance the food and facilitate digestion. As part of the food, the herb is also useful for controlling bad breath and is a source of vitamin C, magnesium, potassium, calcium and iron. Different cultures have different preferences between the seeds and the leaf, and the number of applications is huge.

The various nutrients present in coriander leaf and seeds. According to USDA, it contains no cholesterol content in its seeds. Its seeds are considered as an important source of vitamins, minerals and lipids. Among minerals, potassium is present in high amount followed by calcium, phosphorus, magnesium, sodium, zinc. The folate content in coriander seed is 200 μg/ 100 g (fresh weight). Among the various constituents, vitamin C content is present in ample

Coriander is a potential source of essential oils (high in linalool) and lipids (rich in petroselinic acid) isolated from the seeds and the aerial parts. The high content of fats and protein in the fruits make distillation residues suitable for animal feed. Coriander fruits yield 5 to 7% of ash, 13% resin, astringent principle, malic acid and alkaloids.

Coriander is a mildly pleasant flavouring spice and is immensely popular amongst South Asian, Orient and Latin American dishes. The active compounds which carry these pleasant scent and taste profiles also produce numerous health benefits. From beginning of times, to the ancient texts, to modern science, coriander has always been part of every civilization. Its global popularity continues to marvel modern research and applications. Lets take a closer into the power of this unique and ancient seed.

Coriander is a good source powerful antioxidants like Polyphenolic compounds; caffeic acid, protocatechinic acid, and glycitin. They have the capacity to reduce free-radical formation by scavenging free radicals and protecting antioxidant defences.

The flavonoids within coriander possess potent antioxidant and anti-inflammatory properties by actively seeking out and reacting with ROS.

Linalool is the main active ingredient in coriander making up about 50% of total essential oil. It is a strong antioxidant and antibacterial agent. Linalool are the major building blocks of many vital compounds (like steroids), and possess extensive health properties.. Linalool is extensively used for its anti-inflammatory and anti-depressant abilities affecting nervous system and producing a calming effect.


Coriander seeds also contain many other phytonutrients including dietary fiber, vitamin-A, vitamin-K, copper, manganese, iron and calcium. The leaves (cilantro) pack calcium, phosphorus, iron, vitamin-A, vitamin-C and vitamin-B2 (riboflavin). Many of these vitamins come in high concentrations and are strong antioxidants (such as vitamins E and C).

Coriander’s powerful antioxidant activity has been linked to its high levels of terpene (like linalool) and terpenoid components.

Together these compounds improve antioxidant defence enzymes (superoxide dismutase (SOD) and catalase (CAT)) which decrease oxidative stress. Some studies report coriander juice reduced lipid peroxidation by 300-600%, while increasing antioxidant enzymes (CAT by 57-75%, SOD by 57-62%, and GPx by 80-83%) and liver function at same time.

Coriander can be used as a natural cleansing agent as it has potential to remove toxic metals (like Mercury and Lead) from body. Chemical compounds present in coriander attach to toxic metals and remove them from cells

Studies exhibit coriander’s superb competencies in disposing 95% of mercury within pH scale range of 4 to 10, which happens to be the ideal acidity for us (human body pH is 7.35 to 7.45).

Lead is another potent toxin that causes numerous health and organ issues. It will increase free radical levels and have an effect on antioxidant enzymes (CAT, SOD, GPx and GSR) while reducing hemoglobin (oxygen carrying molecules) at the same time. The body requires compounds called chelating agents that can blend in water (water soluble) while binding to floating metals in the bloodstream to avoid metal-based poisoning. These chelating compounds are non-poisonous and may be excreted as urine or digestive juice.

Repeated studies have shown that coriander is a powerful chelating agent that removes lead effectively. Coriander has been continuously detoxified by removing lead from the liver, tests, blood vessels, and brain. Treatment with coriander extract reduced lead generating oxidative stress while enhancing antioxidant defence enzymes, sperm production, function of the liver and brain.

Coriander also contains several important minerals including iron, magnesium, and manganese. These minerals improves the function of overall digestive system and eases constipation and bloating. The fiber present in coriander diminish the re-assimilation of bile in the colon, which brings down LDL (otherwise known as "terrible") cholesterol levels in serum.

Coriander can also diminish or prevent alcohol causing stomach ulcers. Ethanol can cause tissue damage, including the diminishing of the stomach lining. The antioxidant compounds of coriander like terpenes (such as linanool), flavonoids, coumarins, catechins, and other polyphenoilcs act as free-radical scavengers, inhibit stomach ulcers and contribute to the formation of the protective digestive lining.

Coriander leaves and seeds are well reported for their anti-diabetic activity by increased release of insulin from the pancreatic cells. A recent study demonstrated that coriander is able to decrease hyperglycemia and increase glucose uptake and metabolism, and insulin secretion.

Oxidative stress is increased in diabetic patients due to an increased production of oxygen free radicals through autoxidation of glucose and non-enzymatic glycation of proteins. Increased levels of the products of oxidative damage to lipids and proteins have been detected in the serum of diabetic patients. Coriander seeds countered oxidative stress as evidenced by significantly decreased lipid peroxidation, protein oxidation and decreased activity of erythrocyte catalase (CAT), increased serum carotene, vitamin A, E and C in diabetics treated with coriander seeds.

Many studies investigated coriander’s power of spice to relax muscles and reduce high blood pressure. Being a strong digestive aid, coriander improves digestion and diuretic effect on the body, which all show decreased hypertension. Coriander's phyto-compounds engage with Calcium (Ca2 +) channels, lowering the contractility of the smooth muscles of the heart and blood vessels, and producing the relaxation effect. In fact, coriander’s diuretic effect along with relaxant tissue abilities show results like standard hypertension drugs (verapamil).

Coriander has also been proven to be an effective agent for weight-loss. Coriander is a fiber rich spice, It improves metabolism by engaging digestive processes of these non-digestiable carbohydrates which requires energy, while suppressing overall appetite. This calorie deficit process promotes weight loss. decreasing the risk for metabolic syndrome and other related conditions. Also, the coriander’s diuretic effect removes excess water, toxins and waste form the body that helps weight loss. This accelerates the gut emptying process, while eliminating water retention and bloating effect.

A strong antibacterial and antimicrobial properties of coriander seeds, may help in preventing the spread of food-borne pathogens. Coriander seeds are effective tool in treating food poisoning, dysentery, cholera and typhoid. Dodecenal – a compound present in coriander (both seeds and leaves) in high concentrations possess a strong antibacterial effect. Therefore, adding coriander to your diet will greatly reduce risk of developing such conditions including common food poisoning.

Traditional treatments has been used coriander to treat for various inflammation based discomforts, irritations and diseases such as conjunctivitis (often referred to as the pink eye). Conjunctivitis can be caused by many form of pathogens including bacteria, virus or allergens – leading to inflammation and irritation in and around the eye. Virus causing conjunctivitis is the most common type of infection, with allergic version coming close by affecting up to 40% of population. Using coriander has been proven to be powerful against various microbes and allergens causing conditions like conjunctivitis.

Coriander has been studied for its ability to prevent cancer. Promising results have been shown for preventing colon cancer. Another interesting study showed the roots as having strong antioxidant activity that could “prevent oxidative stress-related diseases.

Liver is the largest filtration system in our body. Liver is comprised of thousands of cells—hepatocytes—which possesses enzymes that involve in filter the blood from the portal vein in order to identify, separate, detoxify and restructure the circulating compounds. Many of these compounds are toxic and produce stress on the liver, eventually causing damage and decreasing its activity. 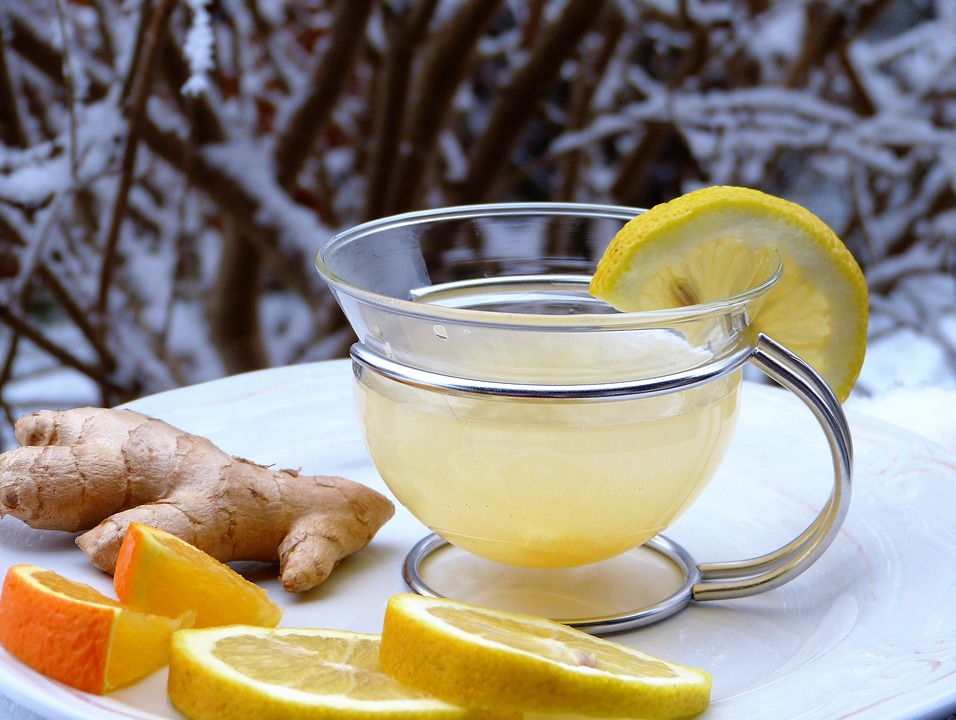 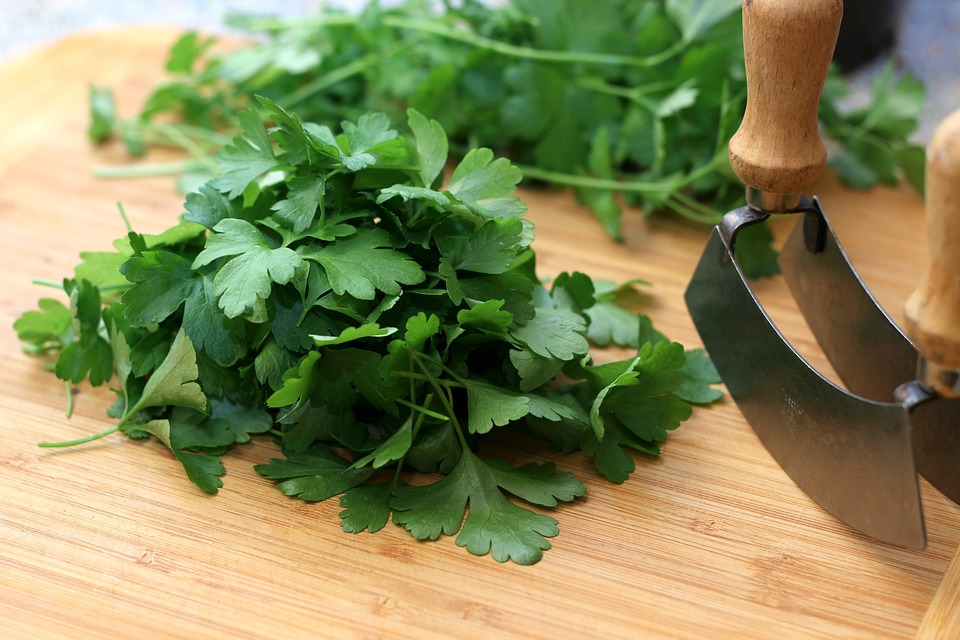 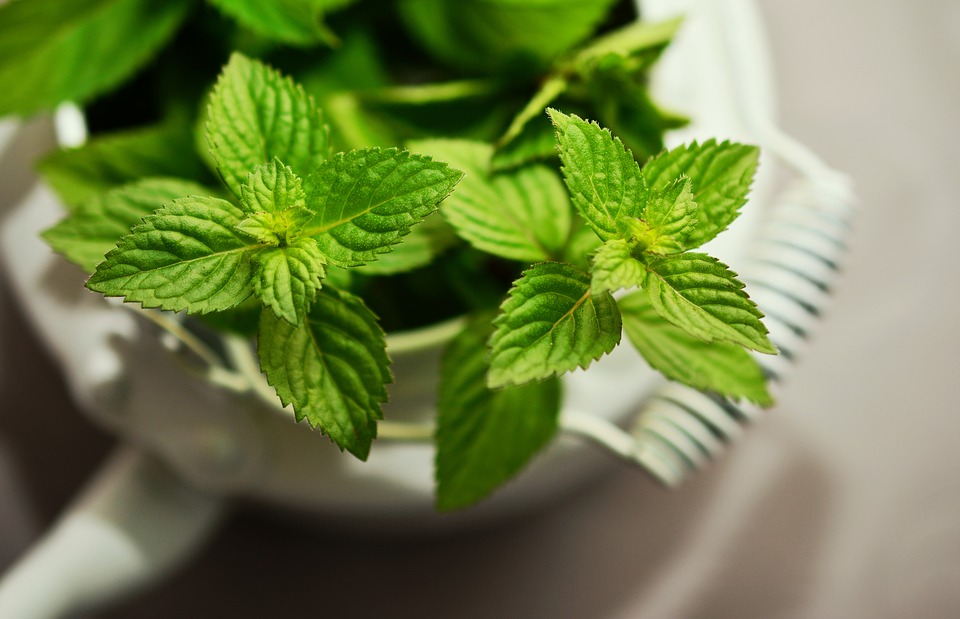 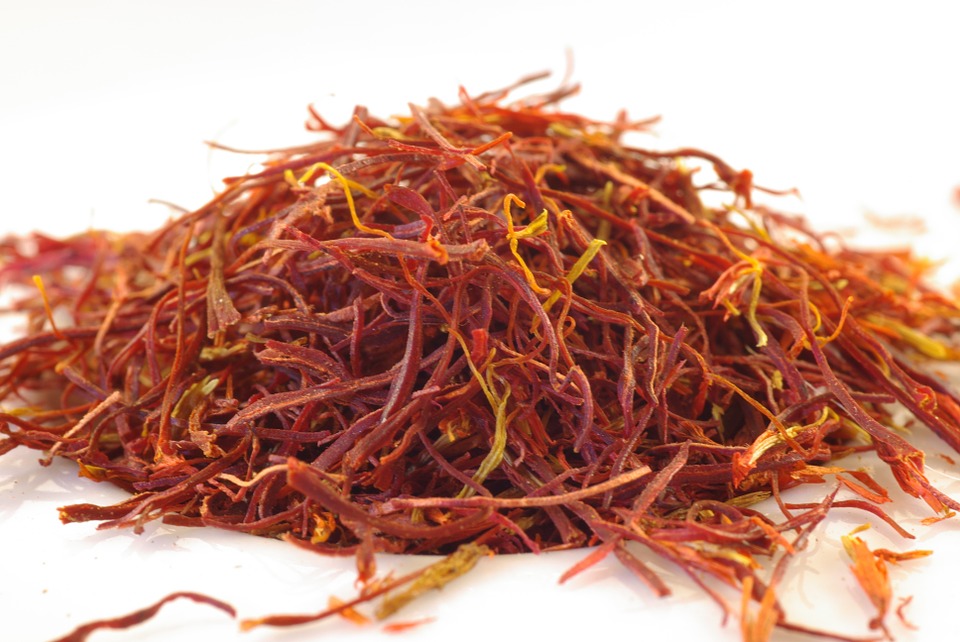 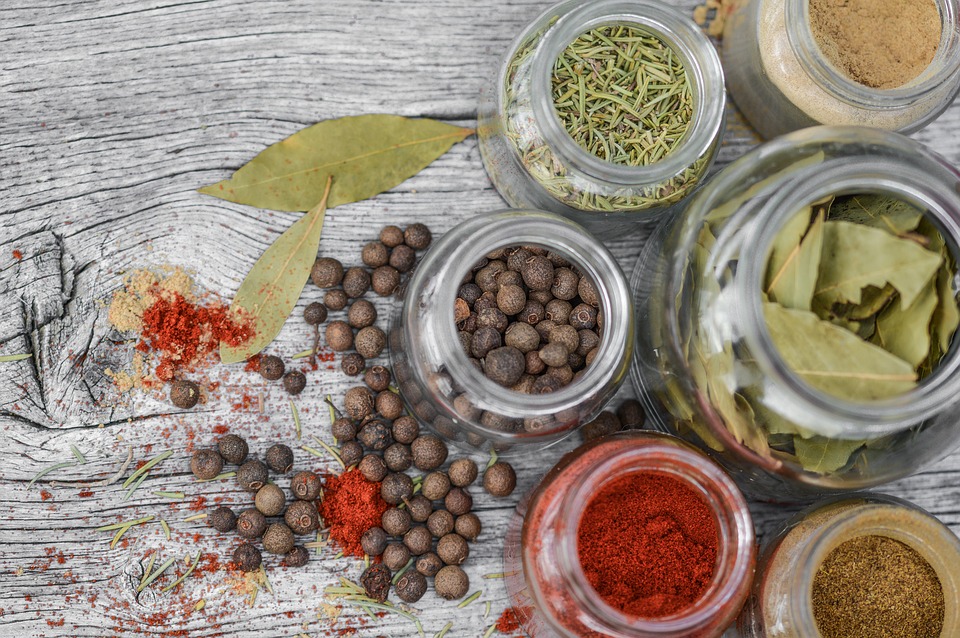